According to studies, among all building issues, the majority have been reported to be related to water damages. This can be linked to two factors, namely its ability to penetrate the smallest of gaps as well as its mobility post seepage. Once water has successfully entered your home, it slowly accumulates before starting to facilitate the growth of mould and decay in your home. From there, a slow but sure match towards structural damage for your home occurs.

Yet, it is not only rain and external sources of water that can cause water seepage in your home. Rather, water can also come from internal leakages due to pipe issues or the failure of waterproofing systems within wet areas. As such, homeowners need to be wary of not just heavy storms but also any area of their homes that have water in high concentrations.

Pipe leaks are a common occurrence in homes, with at least one leak to be expected every two years. For older homes, the rate of new leaks would be exponentially higher due to the wear and tear that their pipes have experienced.

The first possibility of a pipe leaking in your home ocurrs when its internal pressure exceeds its safety limits. In this event, small cracks will start to appear as the pipe struggles to contain the pressure. How then can you prevent excessive internal pressure? The answer lies in reducing the amount of clog. Commonly, food scraps, human hair and other debris get stuck in the pipe when washed down. As such, you should actively act to prevent such debris being washed into your pipe.

A second possibility stems from your pipe get misaligned. Since pipes usually go deep into the ground, change in alignment between its below and above ground parts would cause stress on the pipe. This misalignment arises when the earth shifts, which is unavoidable. Unfortunately, there is not much that you can do against pipe misalignments, but active vigilance against the start of any pipe leaks can be taken.

Wet areas in your home such as kitchens and bathrooms are especially susceptible to water leaks. Typically, these areas use tiles with a sealant between them, allowing them to withstand against splashing water. On these surfaces, the tiles themselves are usually well guarded against water leaks, instead it is the sealant that is vulnerable.

The sealant used is porous, meaning that it has small micro-pores that allow water to enter them. Once inside, the moisture becomes trapped, facilitating the growth of mould. This is why you will always see black spots appearing over time. Following which, mould will start to eat away at the materials, opening up gaps for water to penetrate past the wet areas’ surfaces.

As such, it is important when you spot black spots to engage water leakage professionals to reseal the sealants. In doing this bit of maintenance, your wet areas’ surfaces can once again be waterproofed. 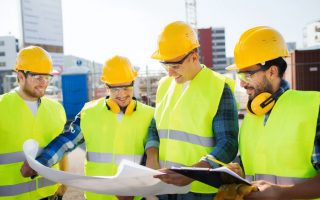 Tips for Finding Skilled Workers for Your Construction Company

Tips for Choosing a good electrician 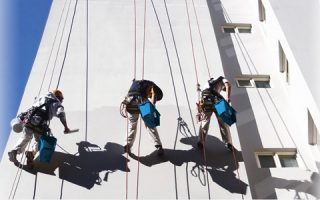 Benefits of Utilising Rope Access for building, maintenance, and construction